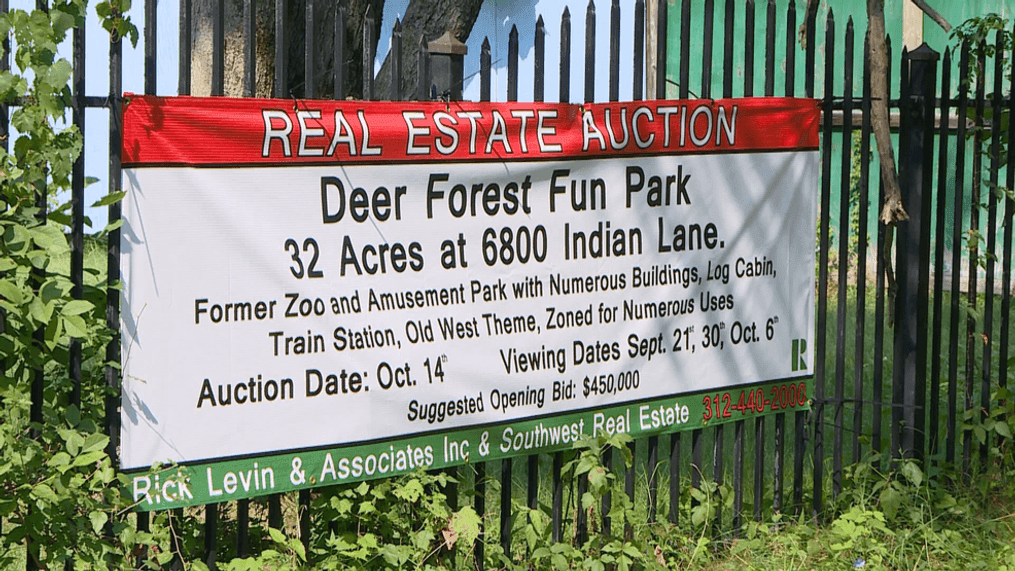 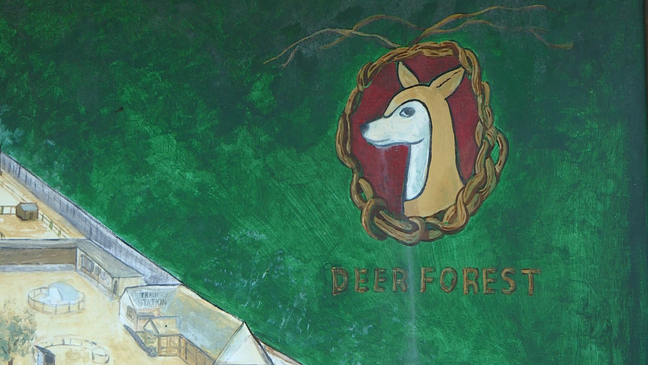 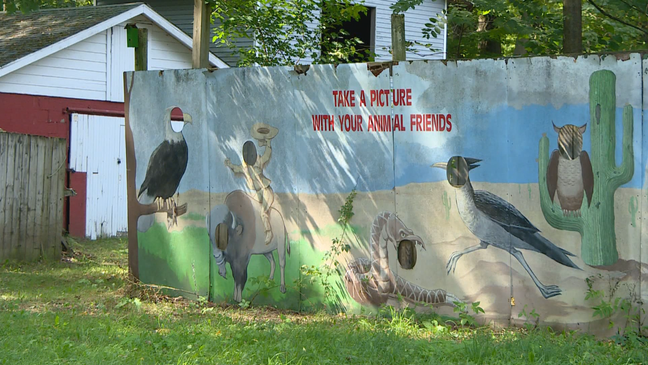 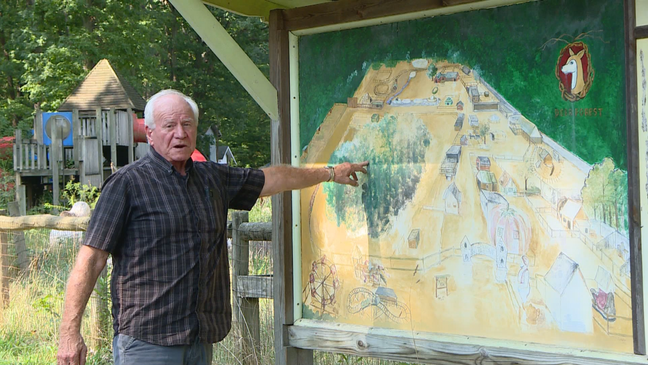 The once beloved Deer Forest in Coloma is now up for auction.

It was a place where families could come and enjoy an up-close encounter with deer, and a jingle that gets stuck in your head.

The amusement park has been vacant for years, but now, the owner is looking to sell.

Hundreds of deer once called the place home, now only the occasional wild one walks through. Just hearing the name took AJ Distefano back in time.

"It was the neatest thing when my mother would say, 'we’re going to Deer Forest today or tomorrow, get the cousins,' and it just brings back so many great memories."

Now, Distefano says seeing the remnants of a great memory decay is tough.

"It breaks my heart the way it was after they shut her down. I haven’t been by there now to see if they started to do anything with it, but it was awful to drive by."

Many in the area wanted to see the amusement park restored to its glory days. And for a moment, there was hope.

Blair Struble started a GoFundMe page with the intent to bring it back. However, that fell short.

In a statement to those who donated, he wrote:

“When I first started I shared my passion with many of you, and was overwhelmed with the positive support. COVID however put government grants, and corporate donations on hold. The individual donations which totaled approximately $4,700 were not enough to cover the legal fees, advertisements... and website design. I personally spent more than double the raised funds because I believed so much that this was a project worth fighting for. Once the IRS decided to not grant the INC its 501c3 status, there was no moving forward.” For those of you that are as heartbroken as I am, I am so so sorry, I wanted this more than you know.”

The 32-acre property will be up for auction in October, with three viewings for potential investors starting next week.

The auctioneer says he’s heard several ideas of what it could become.

"We welcome creative entrepreneurial thinking because right now, like I said, right now the property's really sitting underutilized and we’re looking forward to someone finding this opportunity and hopefully having a positive experience as an investment," said Rick Levin.

Levin says the property is zoned for numerous uses and large enough to be sold in parts.

But what comes here would need approval from the zoning board.

"Remember real estate, it’s all about location, location, location. But it remains to be seen whether there is someone out there with vision and some money-- let’s be candid about it-- that can come and do something positive," said Levin.

The first viewing date will be September 21 from noon to 2. Levin says he’s had a few inquiries, but hopes for more interest.