'It was magical': Former amusement park and zoo hits auction block after sitting vacant for years

The Deer Forest Fun Park in Coloma first opened its doors in 1949, seeing hundreds of thousands of visitors a year at the time
Photo by: Scripps 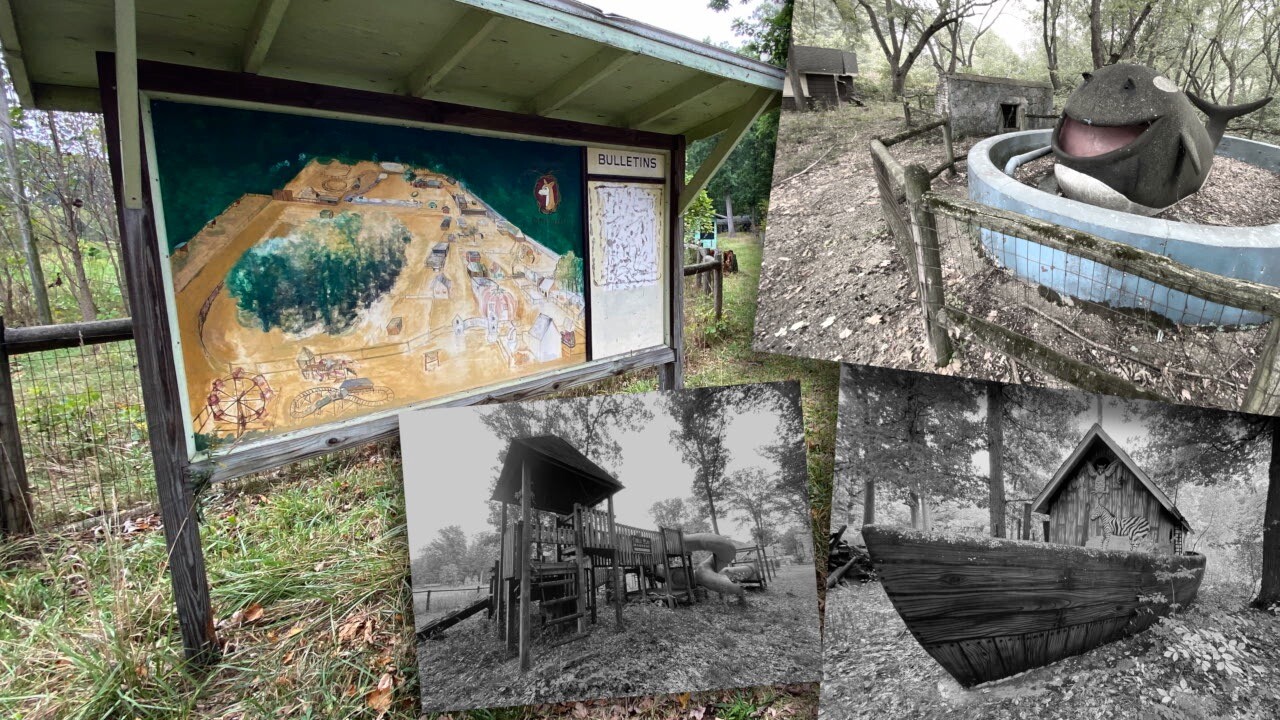 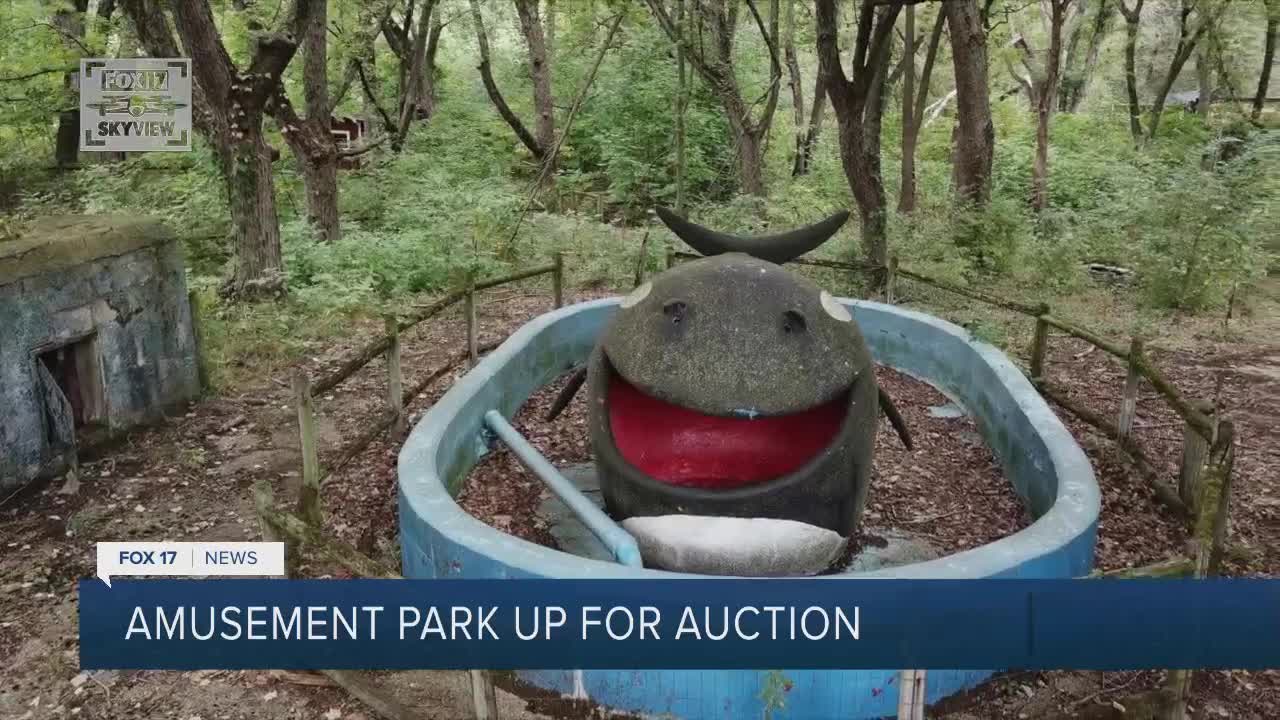 COLOMA, Mich. — A former West Michigan amusement park and zoo has hit the auction block after sitting vacant for years. The former Deer Forest Fun Park, which now sits tucked into a wooded neighborhood, was originally opened in 1949 and once saw hundreds of thousands of visitors a year.

The 25-acre plot of land, still dotted with structures and decorations from the park's busier days, is being auctioned by Rick Levin and Associates out of Chicago. Bids are suggested to start at $450,000 and are due by Oct. 14.

"It was something that we all did back then... Probably did it at least once a summer, maybe a couple of times each summer," said Fran Drumm, who used to come to the park with her family as a child.

"It was a staple in the community; you always had to have your picture taken out front."

The park was originally opened in 1949 by Cecill and Lou Potts of Coloma.

A company that owned other amusement parks in the southern United States, Entertainment and Leisure Corp. bought the park in 1987. They would later list the property for $475,000 in 1990.

Cousins John R. Modica and John S. Modica of Chicago bought the park in 2005, and auctioned off pieces of it in 2009.

A 2001 news article in the South Bend Tribune said at the time the park had a 50-year-old ferris wheel and a 40-year-old train that ran around the whole park.

"It comes with so much history and memories, but it has so much promise in what it could be going forward,” said Aimee Glassman, a real estate broker with South West Real Estate.

Glassman is working the property alongside Rick Levin out of Chicago.

“Could someone resurrect it into a zoo, amusement park? Subject to zoning from the city and township, that would be great, or maybe some creative use... RV park, we’ve heard,” Levin said Wednesday.

“I think it's a great opportunity for someone who’s looking for a project. You’re going to need some financial resources to bring this back to life, but a lot of interesting possibilities.”

A 1952 article in the South Bend Tribune estimated that the park was seeing roughly 200,000 visitors a season at the time.

“There's certainly been an outpouring of that personal connection, unfortunately the interest in buying the property has been a little bit lighter than we had hoped,” Levin told FOX 17.

"Obviously a lot of improvements are still here... Some of the improvements have had deterioration over the years, because it's been vacant for about a decade, but some of the buildings are still in quite fair shape.”

For some visiting the property's open house Wednesday, it was a chance to get one last look at what was, and pondering the possibilities of just what might come next for the former Deer Forest Fun Park.