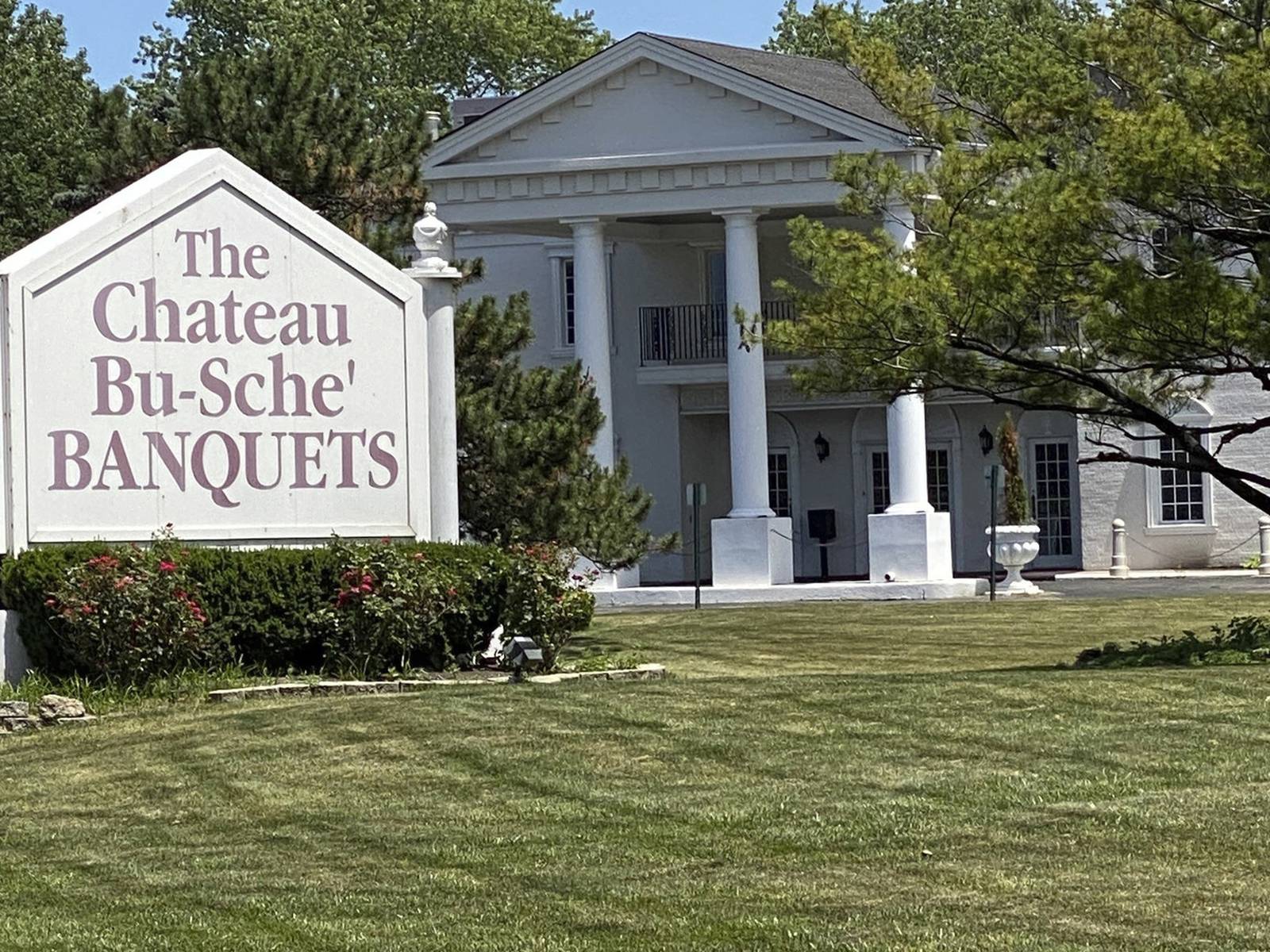 It bears more than a passing resemblance to the White House and, over its 45 years in business, has probably hosted more wedding receptions than you shake hot hors d’oeuvres at.

“It’s been a very popular venue,” said Rick Levin, principal of Rick Levin & Associates, the Chicago-based company holding the auction. “It could be so many things.”

Someone who might come along and continue to run a banquet center would be the ideal buyer, but it could be repurposed as medical offices, retail, senior housing or a hotel, according to Levin’s firm, which has not yet widely publicized the auction.

The property includes a 26,000-square-foot building on more than 11 acres with 325 parking spaces, according to the auction company.

The property had been valued up to $12.5 million, and the suggested opening bid is $2.5 million, according to the company.

“It’s certainly unique and to replicate (the property) would cost north of $10 million,” Levin said. “It’s going to be a good opportunity for someone. The question is what will be the highest and best use?”

For Alsip Mayor John Ryan, the best use would be to continue as a banquet facility.

“That’s a turnkey operation,” he said Friday. “It’s ready for any banquet operator.”

The closing of Chateau Bu-Sche follows the closing a few years ago of another Alsip banquet hall, Condesa Del Mar, north of Chateau at 12220 S. Cicero.

Ryan said that having another banquet operator take over might be optimistic, and that retail would be a good alternative if it could not continue hosting events such as wedding receptions.

“It’s hard to say what the best fit for it would be,” he said.

The auction involves selling the real estate, rather than the business, Levin said.

To the north of the property are St. Casimir Lithuanian Cemetery and Marist High School, and to the south is a self-storage facility.

The auction itself will be held through sealed bid proposals.

“It’s a golden opportunity for a buyer to pick the price they want to pay for a quite unusual property,” Levin said.